In the spring of 2015, before relocating to Lagos, I visited Deer Park in Bir, Himachal Pradesh. With the company of few wonderful people, I trekked from Bir/Billing to Chota Bangal. This is a photo essay of the trek.

Deer Park, Bir.
Apart from quenching the spiritual thirst of people, the place and its surroundings offer great treks to the footloose soul. Billing, located on top of the central hill in the background has, of late, become the paragliding capital of India.

Deer Park gompa stands majestically against the snow peaks in the background. A paraglider above the horizon on the left.

Now, the trek – Eager to be away from civilization, we hired a taxi to drop us at the end of the uphill road, that is in Billing.

One of the scattered and disseminated homes in the farmlands of Bir village. 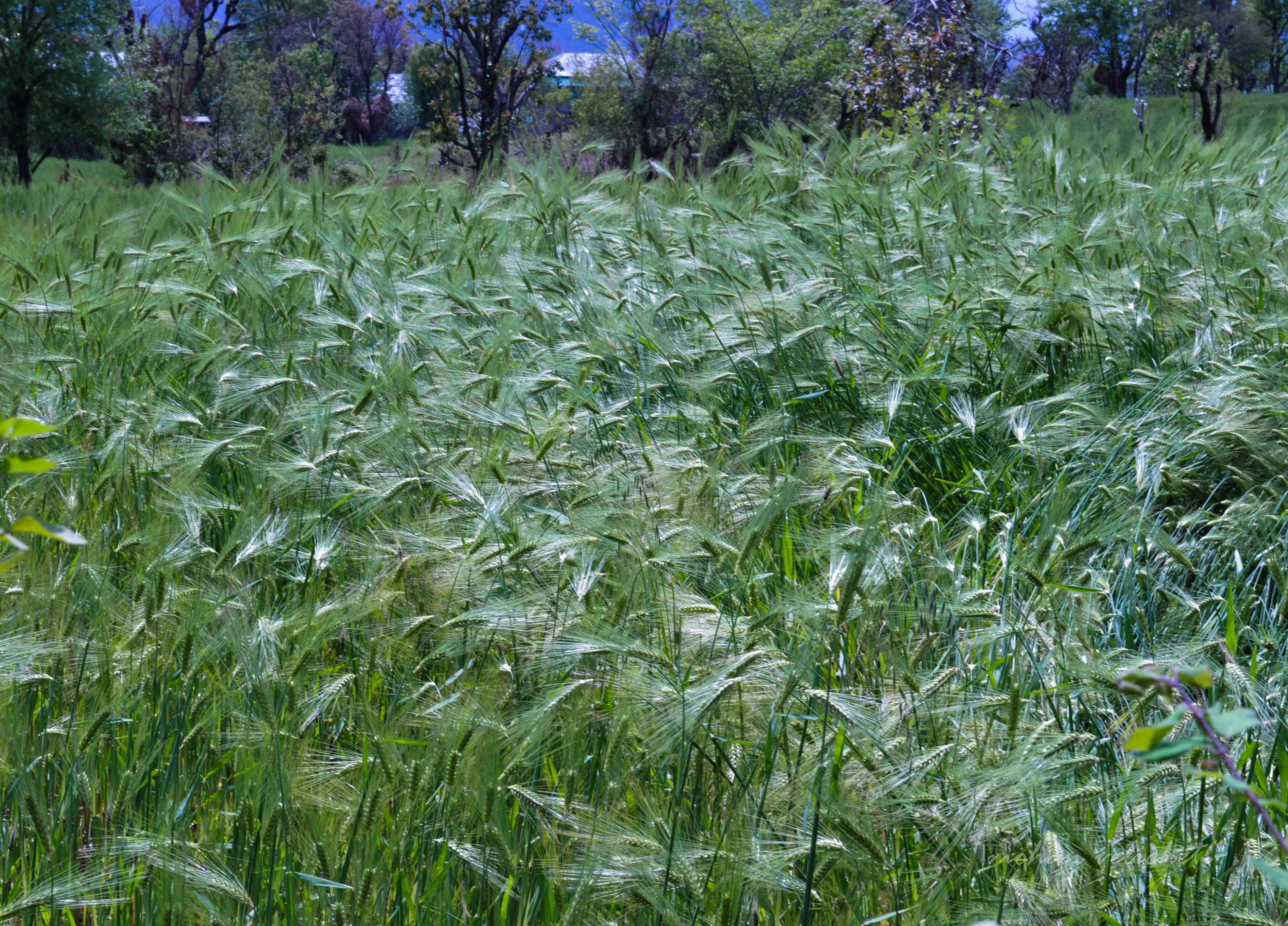 Gompa tucked in the pine woods

At Billing. Gearing up for breakfast and the trek.

Lucie Jurikova from Czech Republic (right), Shilpa Banik the California girl with Bengali roots, Annie at center, Ashlyn on the left and Vid in red jacket. 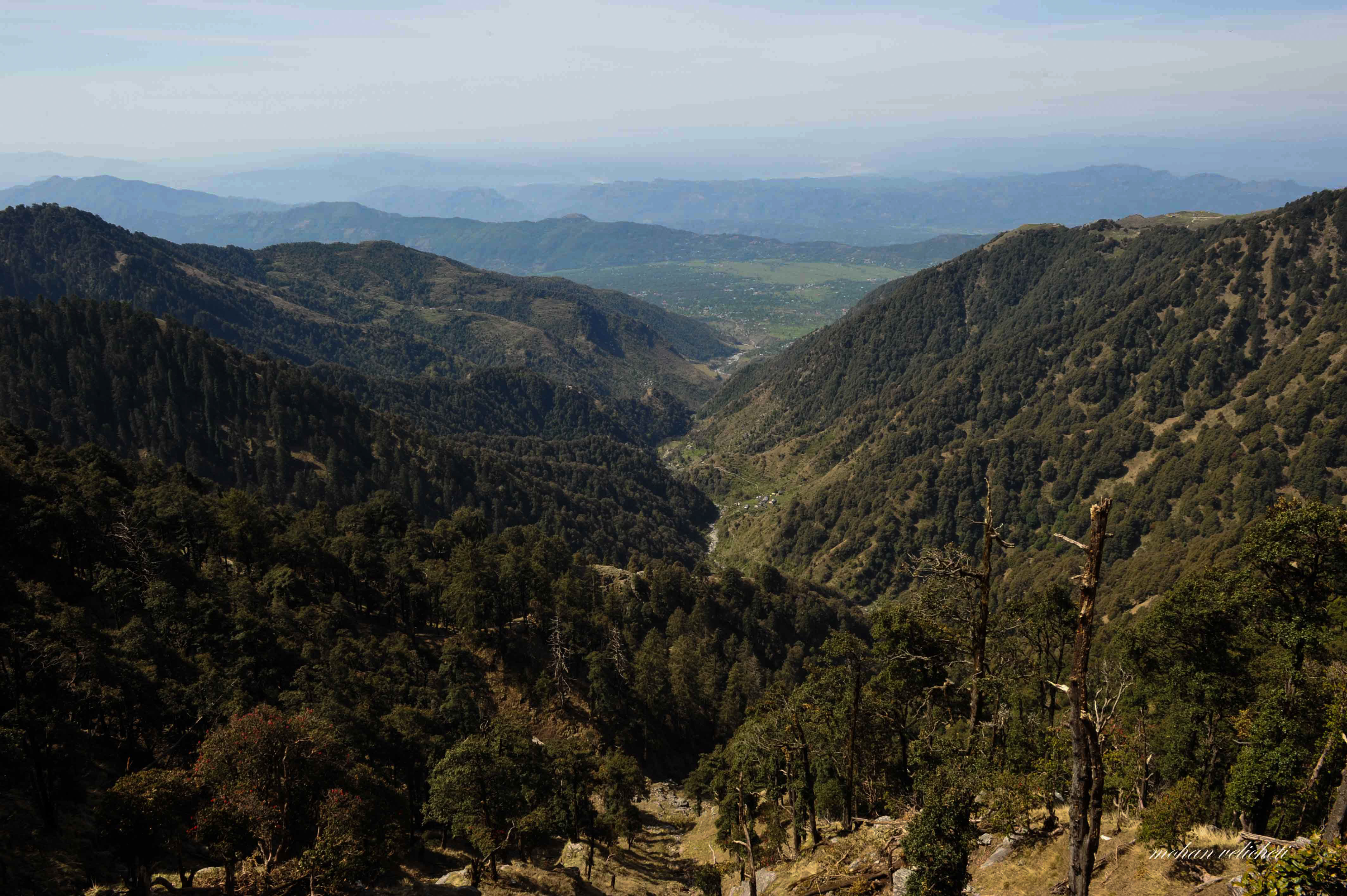 View of Kangra valley to the South, shortly after leaving Billing.

Vid, a 72- year old Doctor, retired from John Hopkins hospital, is one of the most enthusiastic people I ever met. The jovial gentleman was always ready for a trek. Catching a breath.

Rhododendron in full bloom, cheering us on the way. 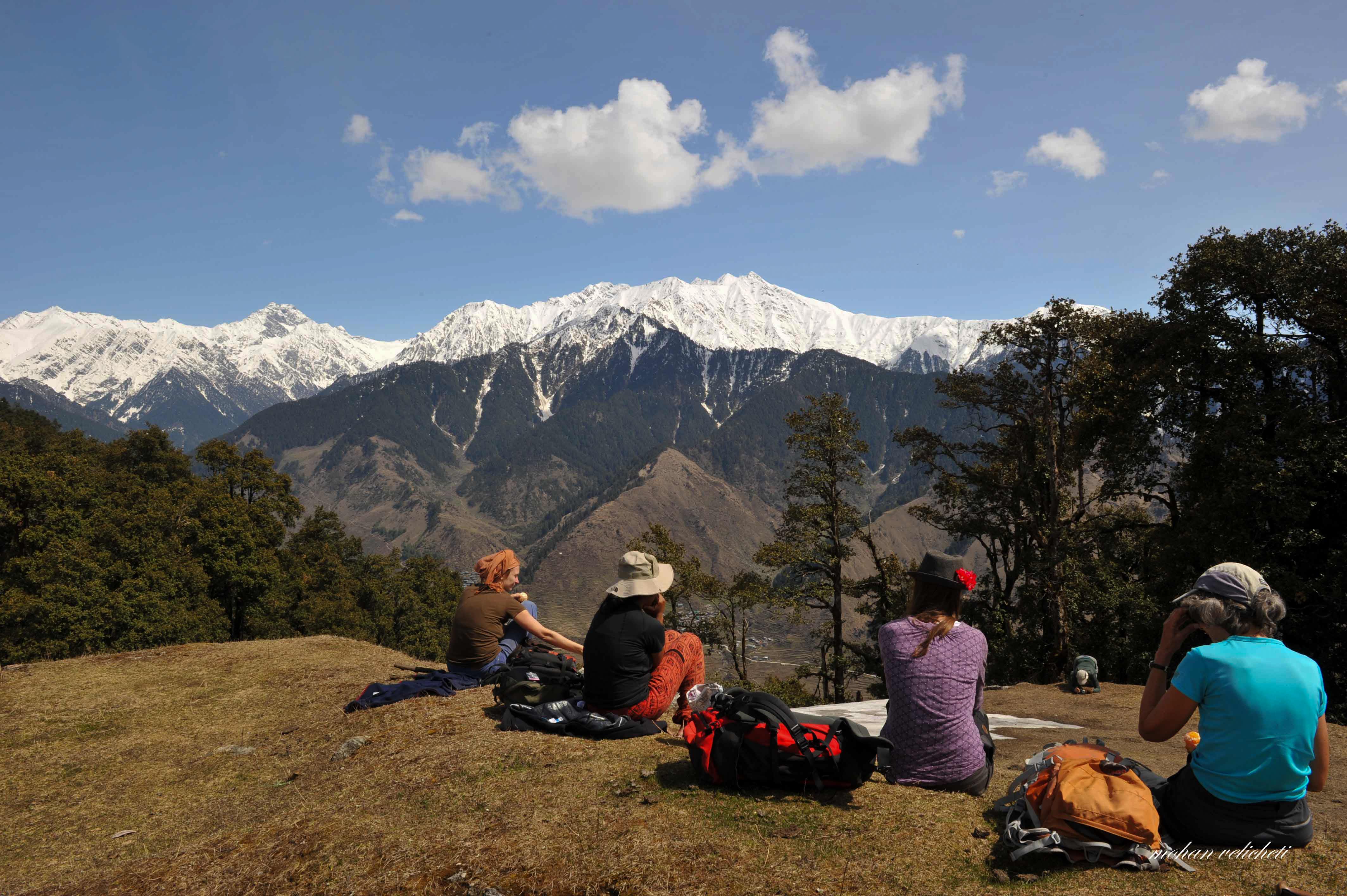 Well earned break at the highest place on the trek.
Looking at Thamsar Peak of the Dhaula Dhar range.

Descending down towards Thamsar into Chota Bangal region. 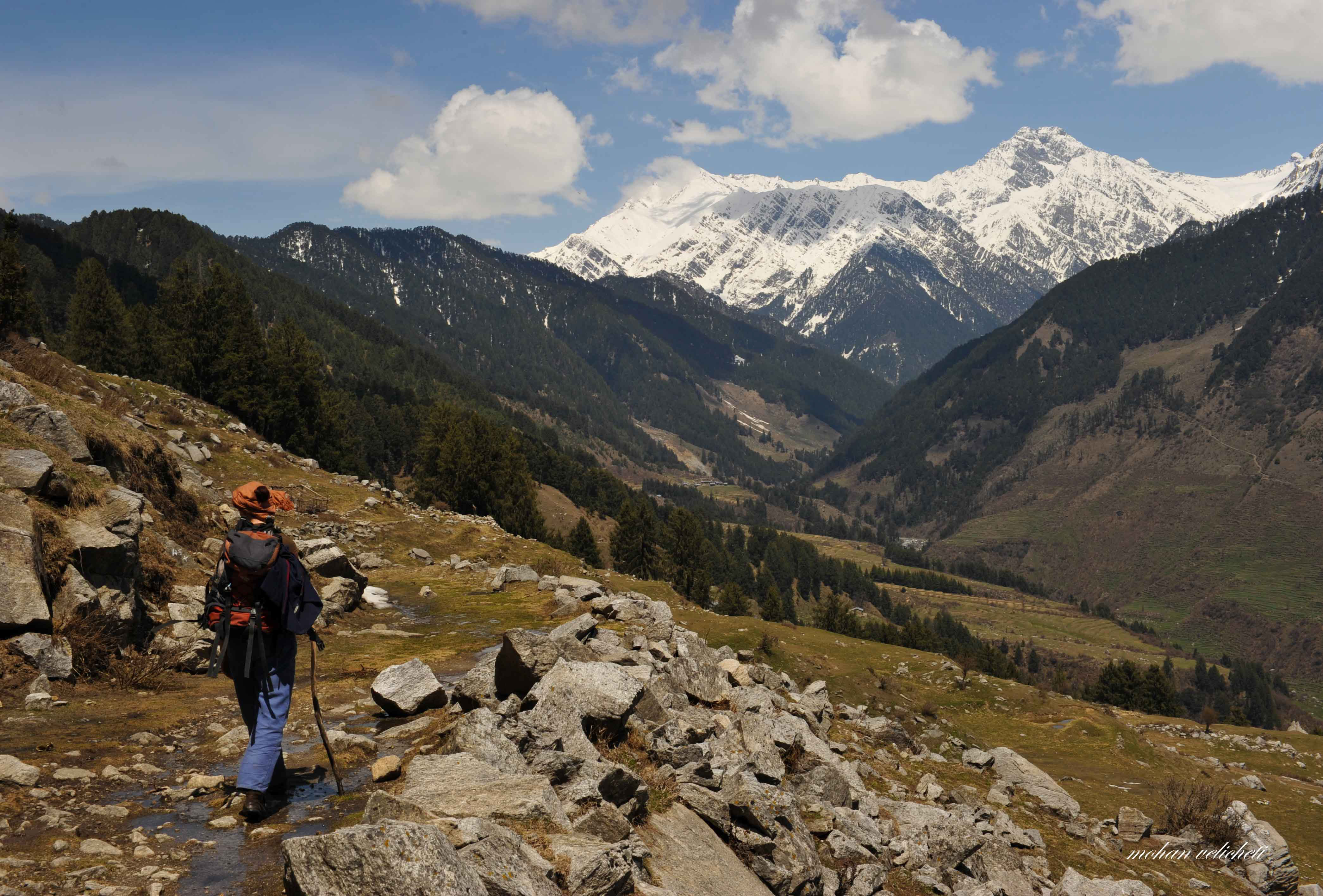 Lucie Jurikova leading the trek. She was the one who first introduced me to Deer Park and this region of Himachal Pradesh, back in 2008. 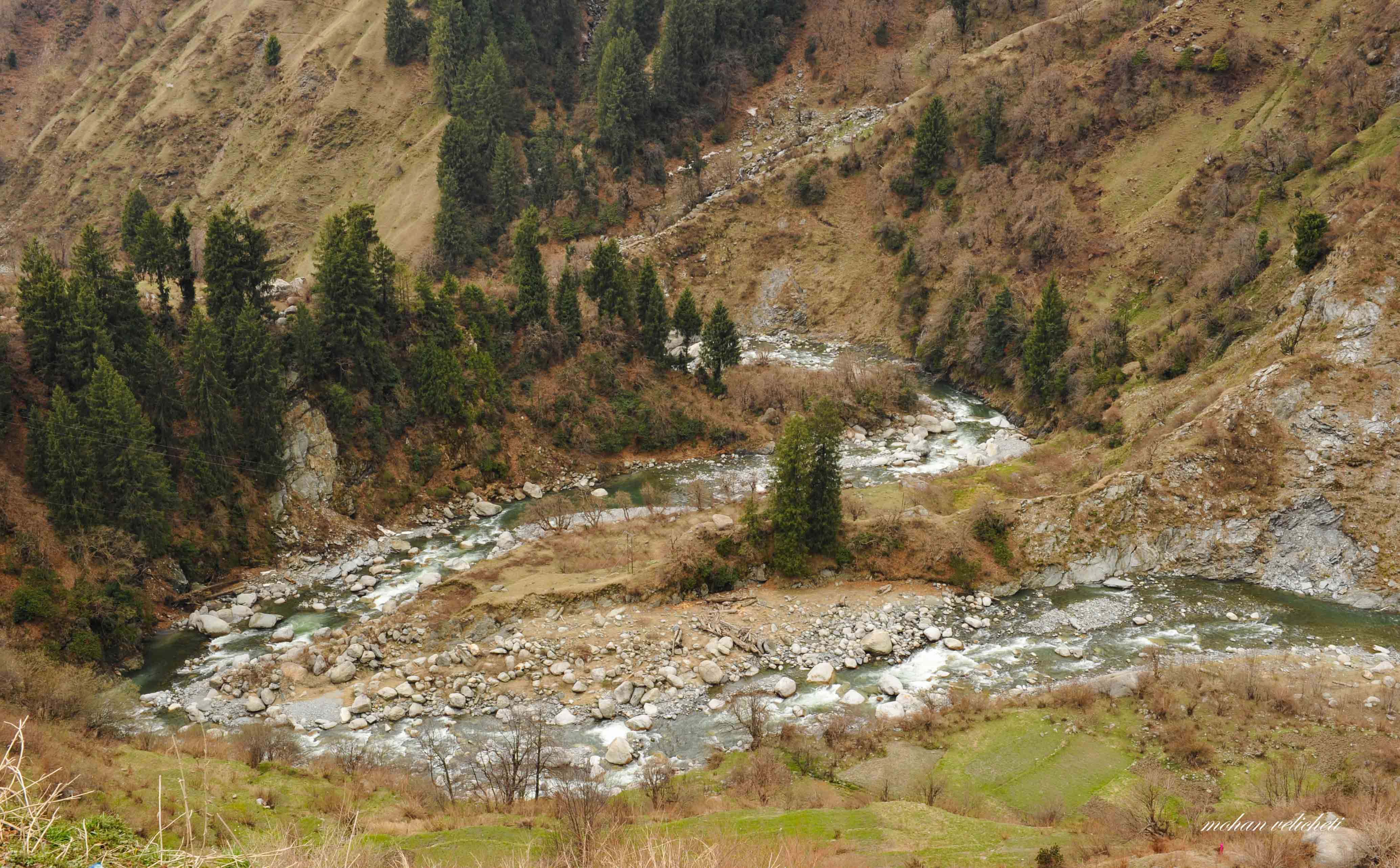 Uhl River meandering down from Thamsar to Barot valley.

Ashlyn, the fire artist from Ireland 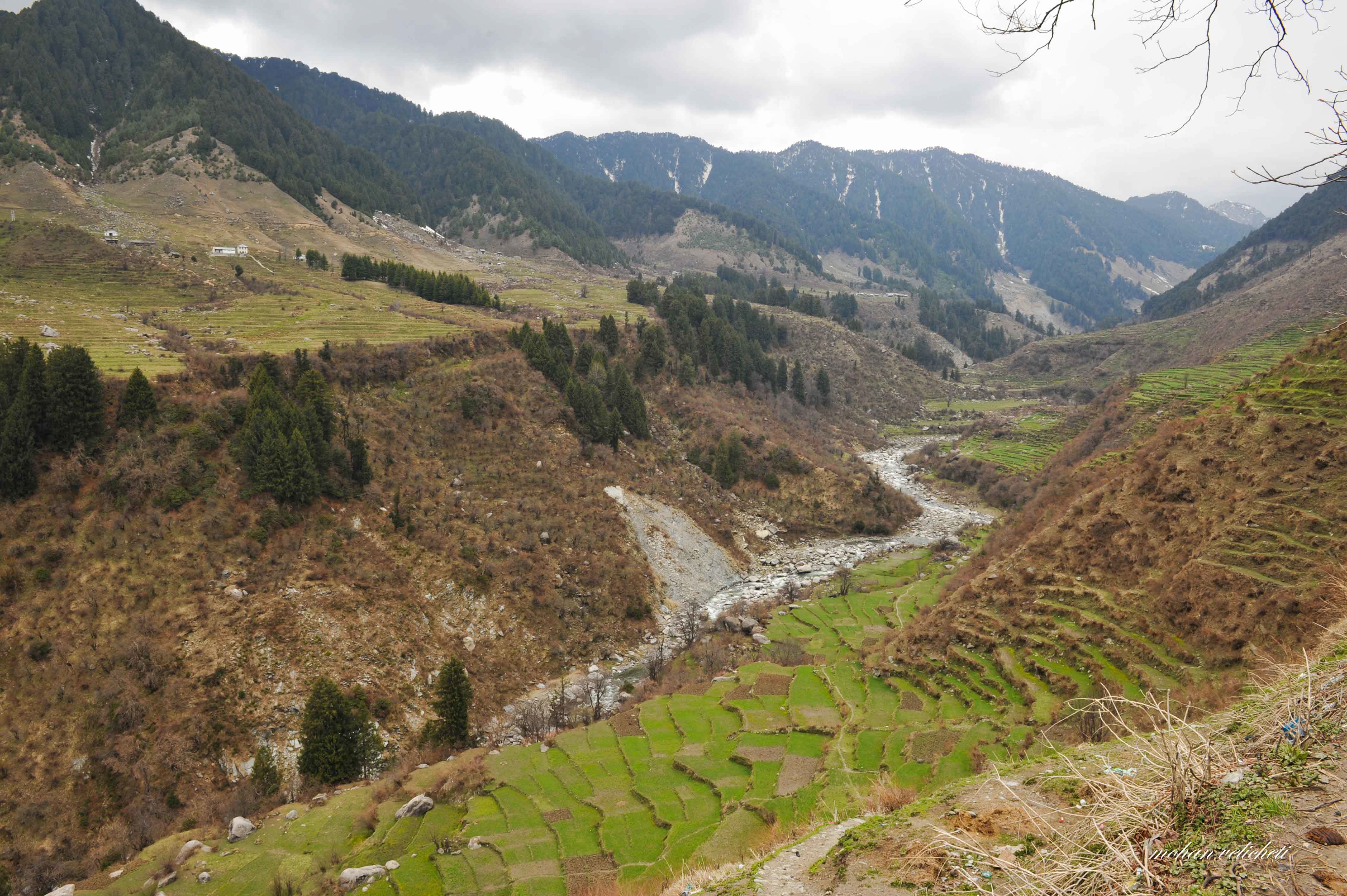 Terrace farming on the slopes of Chota Bangal 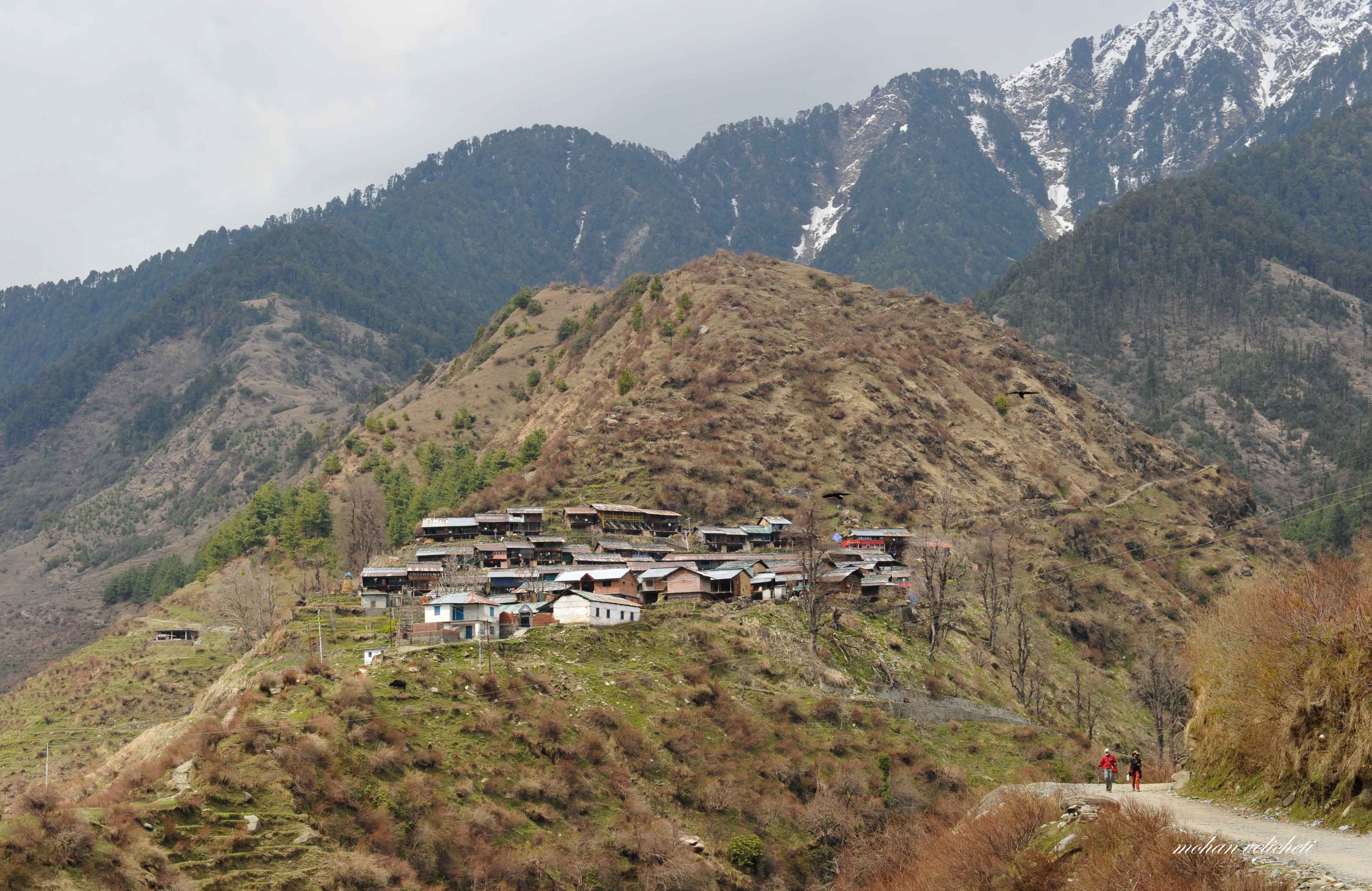 a neighbourhood in Bara Bagan village 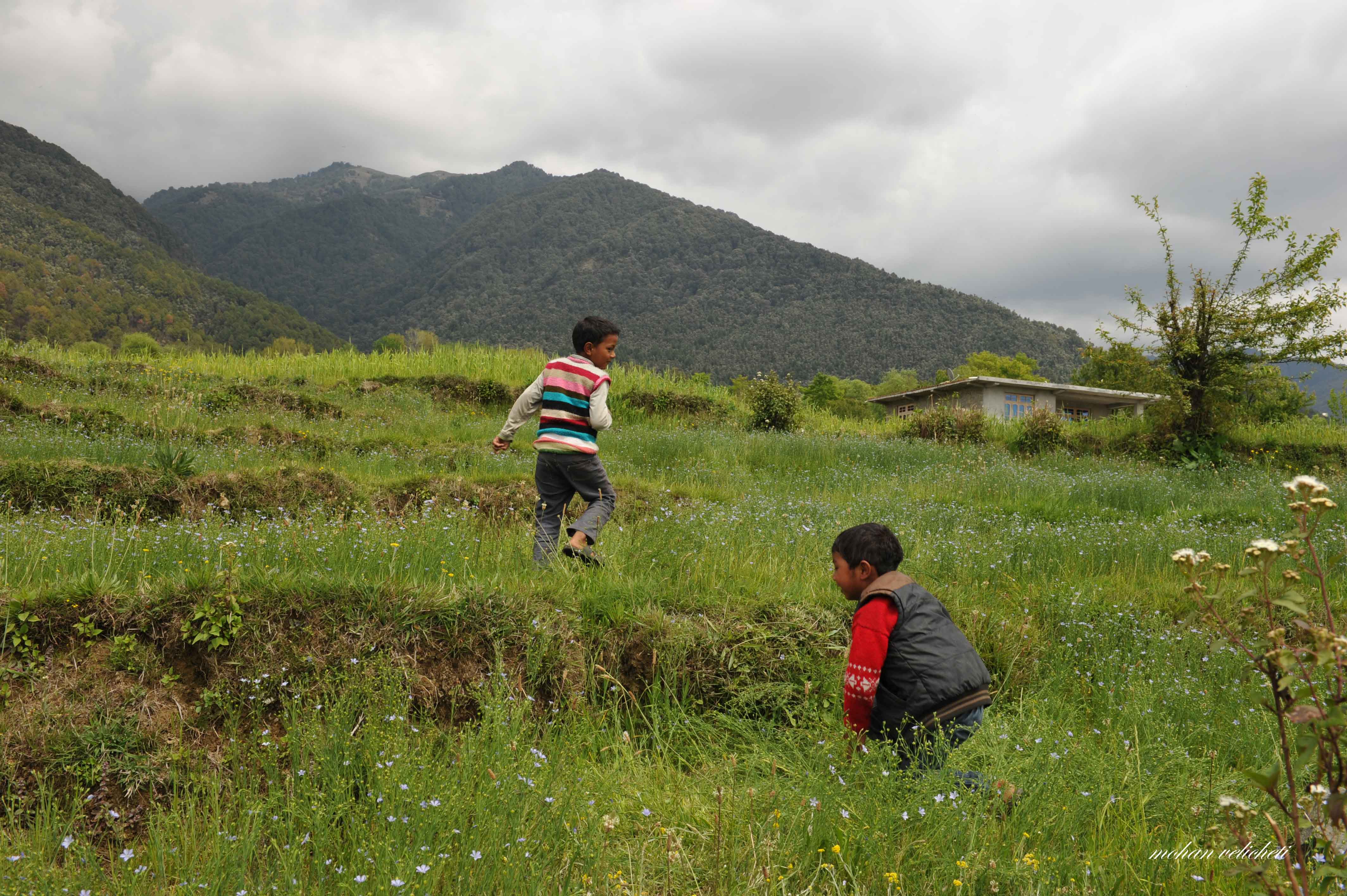 Children playing in the farms.

Wheat fields back in the valley 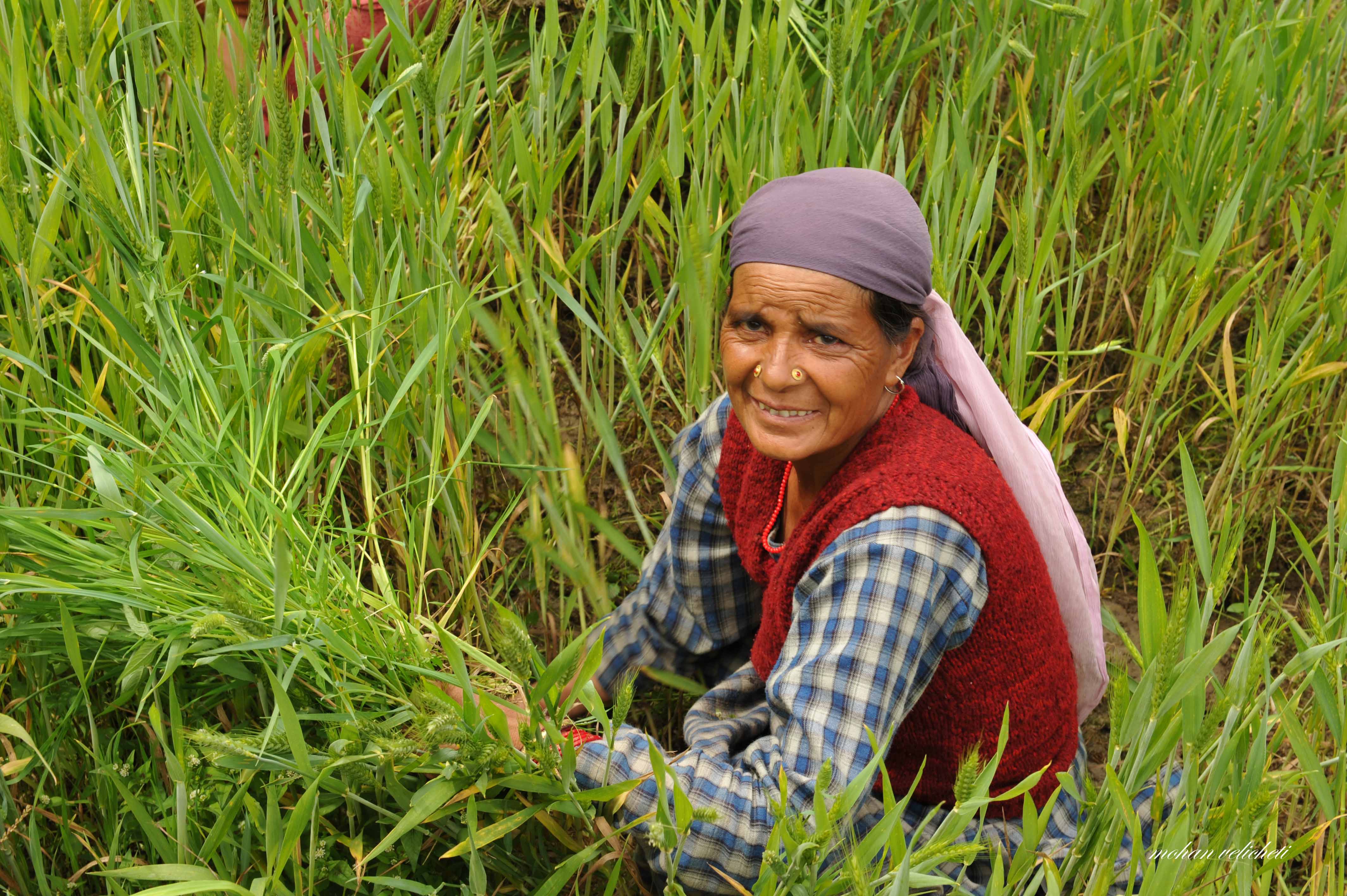 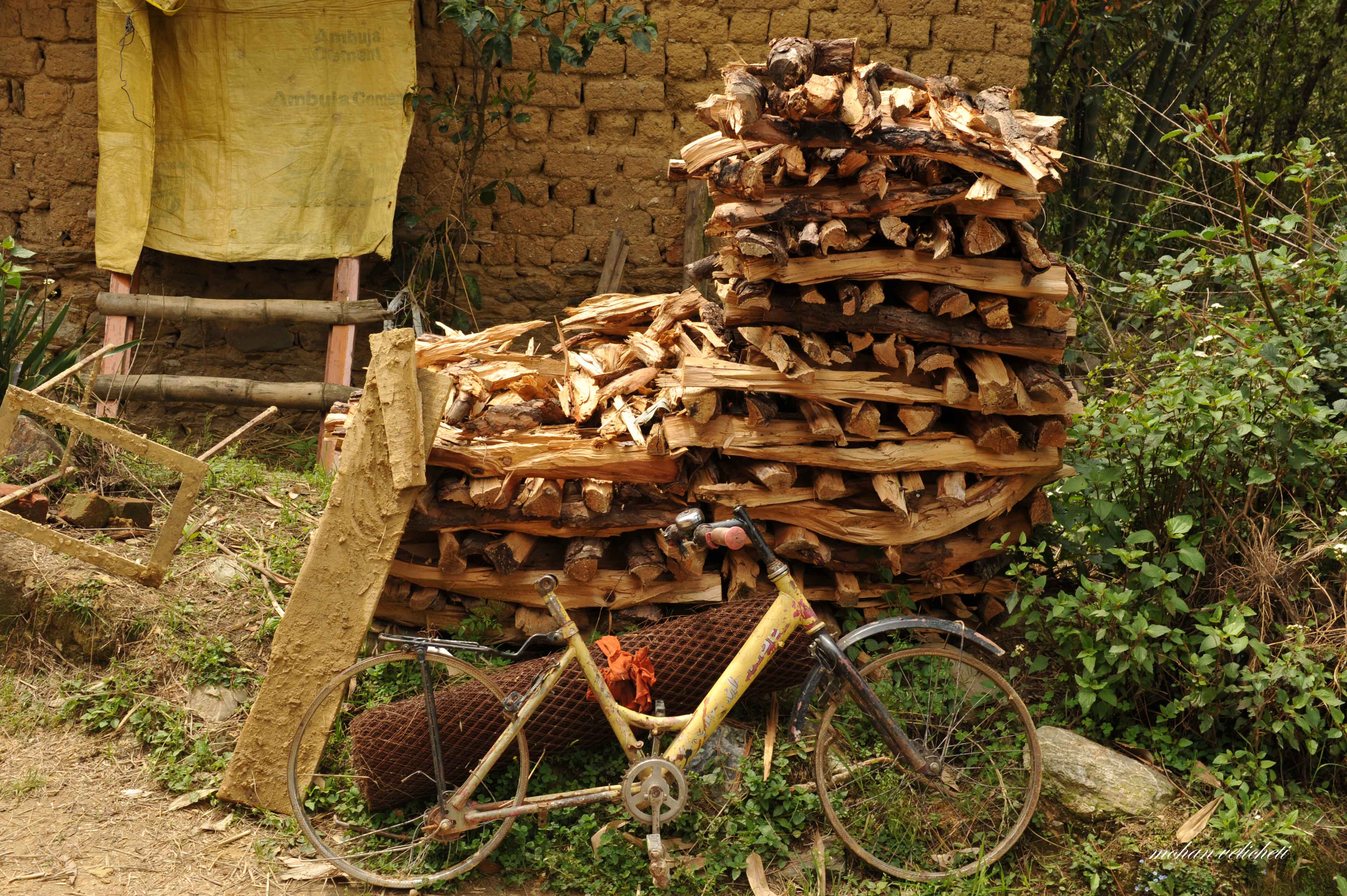 The bicycle might have seen better days. Firewood racked up. 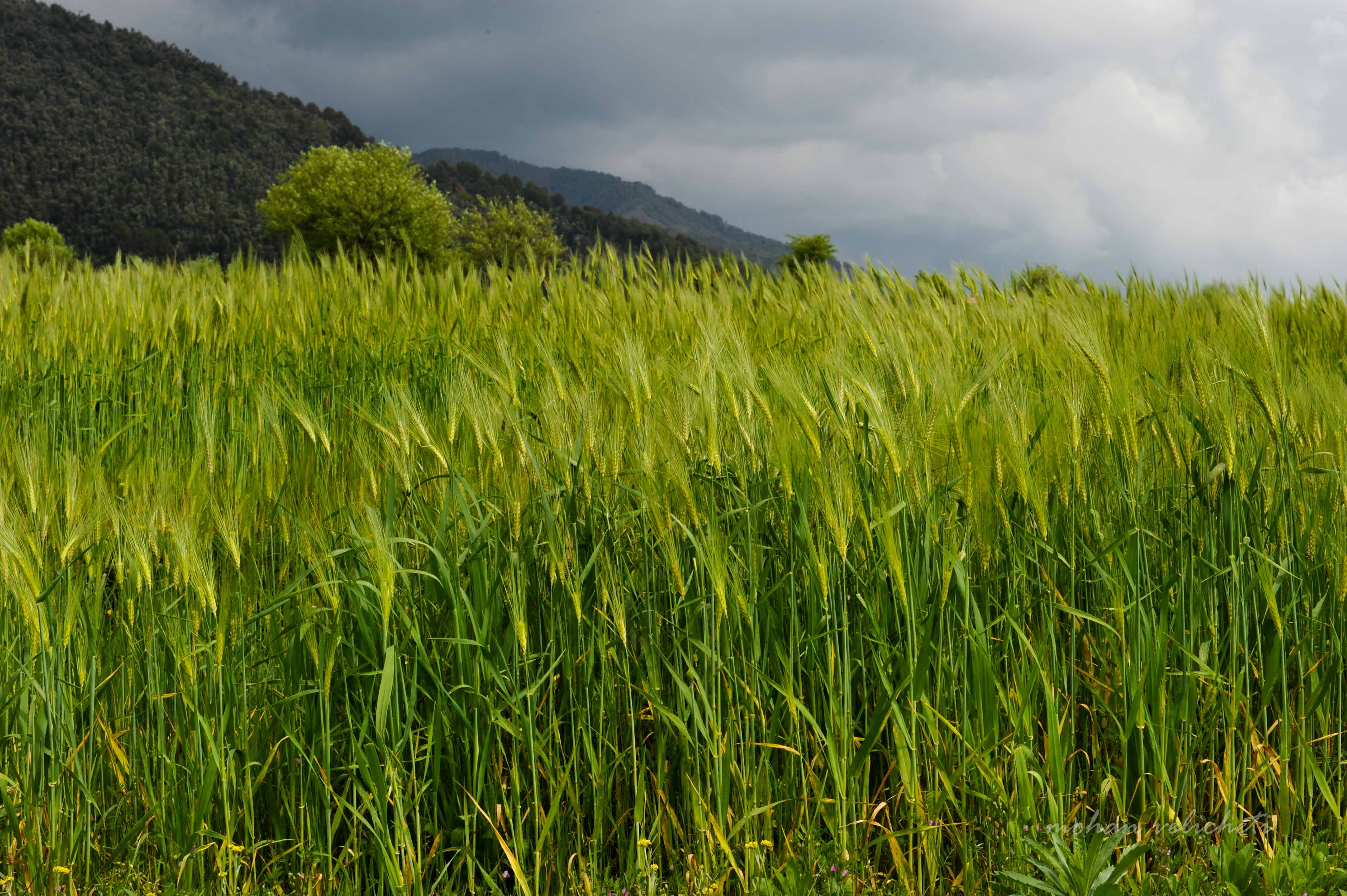 We welcomed the overcast sky and cold breeze

Paragliders against the overcast sky 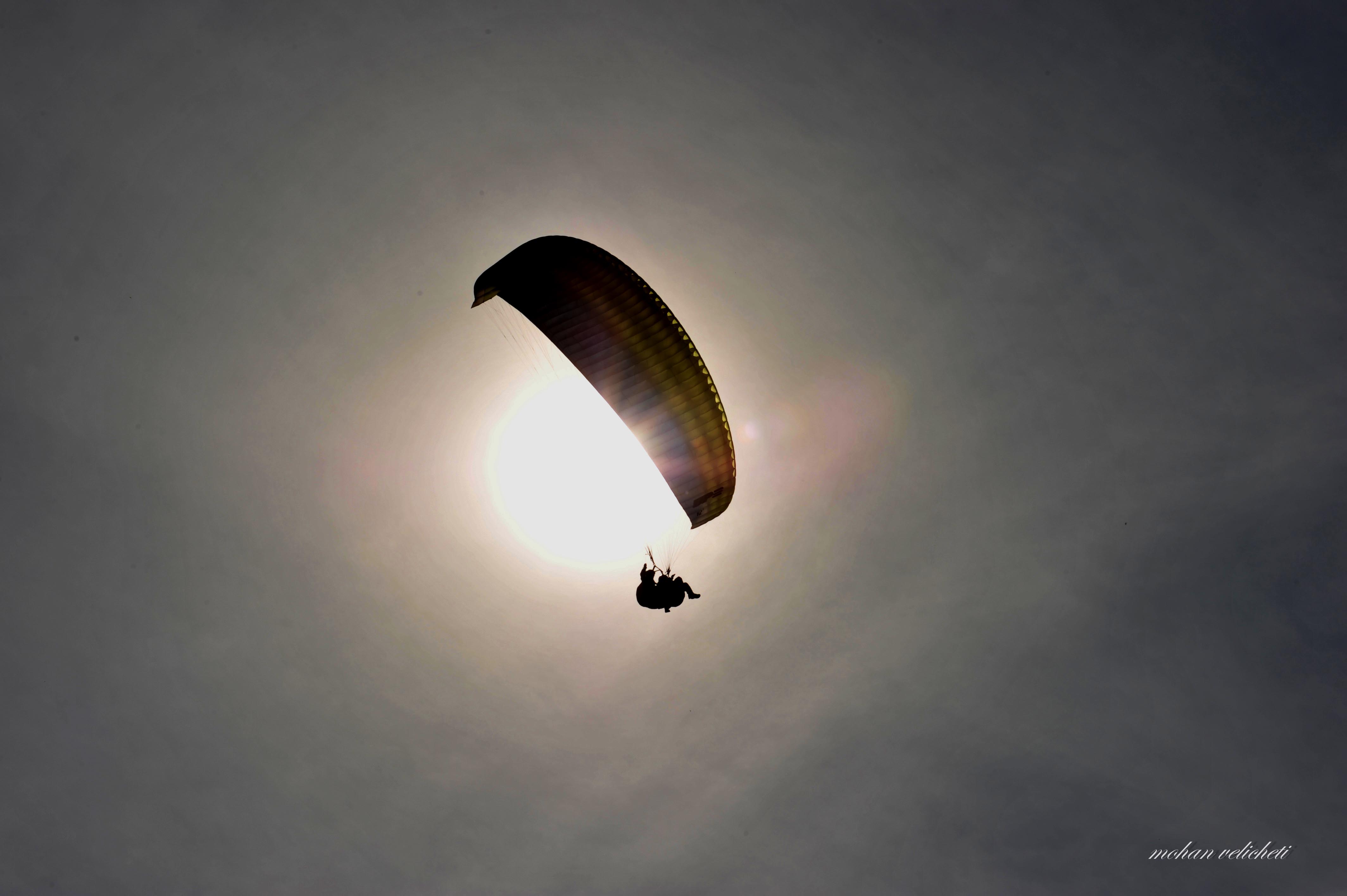 a paraglider catching the setting Sun

Finally, we reached Deer Park before lightening and thunders brought a pleasant rain.

Since my first visit in 2008, a lot has changed around this place. With the increase in adventure patrons among Indian youth, Billing, the shepherd campsite on the hills above Bir, has become the Mecca for Paragliders in India. Thus, people and services catering to them, including guest houses and hotels have changed the land and culturalscape of this place.